Two letters came in the box on the road
the one that is accustomed to holding no great thing.
Unless you count taxes and coupons among the great things in God’s creation.
Some how no, though Caesar needs his due too.

Two letters came in the box, diverging days apart, like Frost’s roads
Our only choice was to open and savor and feel changed
By the power of words written by hand, delivered by snails and placed in a box on the road.

Moments are simple that way.
A child old enough to go to war and vote says this was the best one he ever got.
Words like that grab you
Pinch like ill-fitting shoes, a wake you up pinch.
And shout you have that too, dormant, laying there.

Two letters came but some words came by social media too
Choked me up, bright red flush came over me
Words can do that
Someone called me a name, a good one
Undeserving but I wore it around the house for awhile like a royal robe
Put the crown on too
Realized she didn’t really know me as well as she thought.

Some words touched someone the other day, they were true
The ones I wrote about the man who grows art with thorns in his yard.
He uses dirt but he has the Louvre of roses over there
And I didn’t even know it until
Well I read some of his words about it
Asked if I could stop by.
A few words later and I have all these photographs of miracles
He grew with God, art in the yard, co-creator he and God.

A letter ended up in my box
And I wanted to weep but couldn’t
I have to be tough these days, so I don’t leak all over every one
Letters of gratitude are still in vogue
And manners are important but matters of the heart
Well they trump it all.
And twenty dollars really can matter
And it’s all about the friendship that started over how we might help a little. A very little bit.

And the funny thing is the lady that brings all of the snail mail
Well she broke me up, tore me up
She wrote a little piece and put it in the box
She covered us with forty seven cents and she wanted her money back
She did us a service and she wanted to be repaid
So I pulled out my Crane stationery and thanked her properly for the loan
Because it could have been her last red dime.

Because she brings good gifts.
Like the one that the teacher saved for seven years
The one the eighteen year old who could be a soldier got
The best mail ever
Because teachers and letter writers change lives
She said remember when I asked you in fifth grade to write a letter to yourself in seven years, well here it is.

Chances are you
might get filed away in a mental memory
make a young man smile
or make a new friend, a man who didn’t know anyone really saw all the beauty
or bless a  woman who thought she wasn’t getting it all right
or a mail carrier who doesn’t have forty seven cents to lend out.

That long arm and those long fingers have work to do.
Go tell someone something that might change their heart
Or mind.

And sofa cushions are good bankers
For investments in people

And I talk to myself when I need a good talking to. 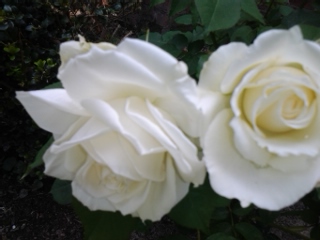 One thought on “The Letters”